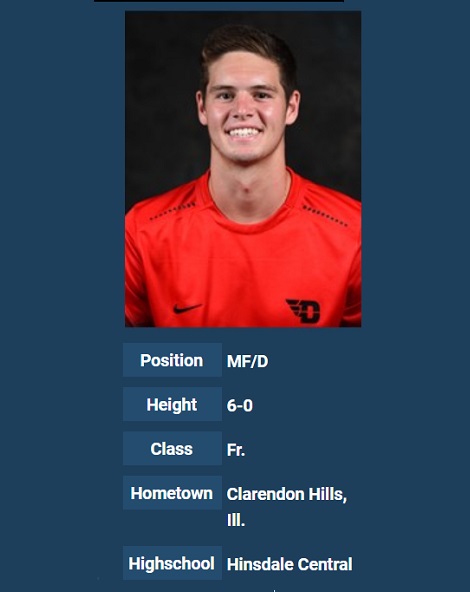 2016 (Freshman)
•Did not see action this season

Personal
• Son of Carmela and Stephen St. John
• Has one sibling, Nicolas
• Majoring in finance