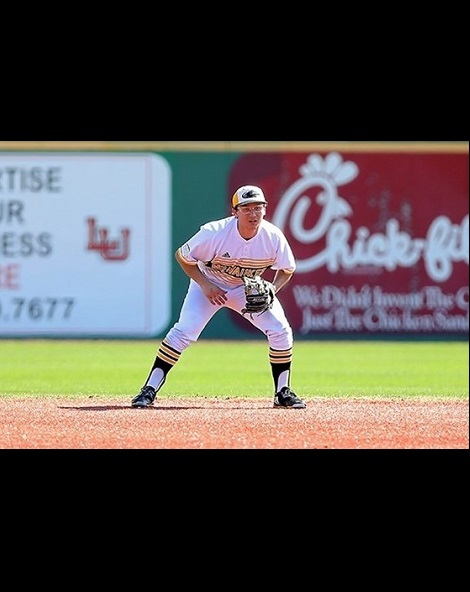 2017: Made 24 starts among his 36 appearances on the season, batting .213 … recorded 20 hits and knocked in 10 runs, scoring 10 more … went a perfect 4-for-4 in stolen bases … walked and scored a run in his first collegiate at bat in the season opener against Illinois Feb. 17 … collected at least one hit in each of his next six outings, topped by a two hits and three runs scored against Evansville March 3 … hit a double and drove in a pair of runs against Northern Kentucky March 18 … drove in two with a pinch-hit single to lock up a victory over Youngstown State April 22 … pinch-hit RBI single against Oakland April 29 … drove in two runs in the win over Chicago State May 10 … put together his best game of the season against Wright State May 12, finishing with a season-high three hits in a perfect 3-for-3 day where he scored twice, added a walk and stole a base.

High School: Posted career highs in batting average (.322), on-base percentage (.422) and slugging percentage (.533) in 31 games as a senior before breaking his left arm … an all-conference honoree in 2015, he posted a .404 on-base percentage with seven doubles for the Dons as a junior … in the summer, he batted .327 in 31 games, making just one error in the field while adding eight doubles, 12 steals and 22 runs batted in … a member of the Elite Baseball Training’s 16U team, he was ranked No. 111 in Illinois’ class of 2015 … high school career stats include a .306 average, 92 hits, 21 doubles, five triples, three home runs, 35 RBI and 21 stolen bases … he also pitched, recording a 1.30 ERA in 27 career outings, striking out 32 batters in 27 innings on the mound … Dean’s List member … also played football and wrestled.

Personal: Son of Mike and Rose Ferri … undecided on a major … chose UWM to pursue his baseball career to his highest potential and get his degree … career goal is to compete at the highest level his ability takes him … most memorable sports experience was the 2013 WWBA Final Four run … lists hobbies as fishing, golfing and playing video games … has done community service work with Feed My Starving Children … born Oct. 30, 1996.