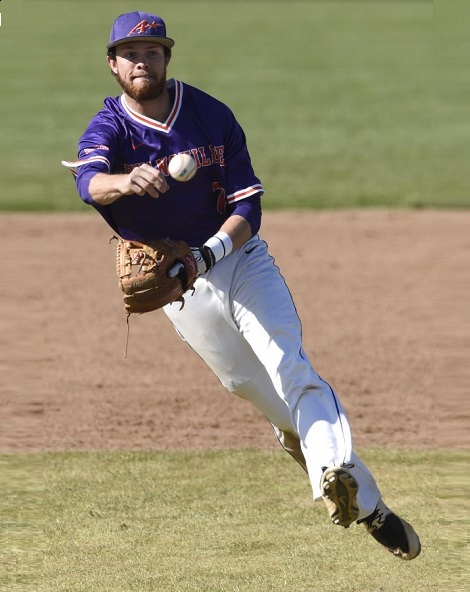 2016: Played in 49 games with 47 starts, primarily at shortstop … Ended the season with a .233 average with 23 scores and 18 RBI … Also walked 18 times to take on-base percentage up to .307 … Started all 21 conference games, hitting .207 with seven runs and six RBI … Registered first hit of the season against Northern Illinois (March 6), hitting a grand slam to help the Aces to a victory … Ended 2-for-5 with two walks, a season-best four scores and two RBI in win at UT Martin (March 8) … Starred in doubleheader at Eastern Kentucky (March 26), going a combined 5-for-7 at the plate … Knocked in a career-best five runs in a 3-for-5 showing against SIUE (March 29) … Also enjoyed strong series at Missouri State, finishing 5-for-11 with five walks, five runs and three RBI to help the Aces to a series victory over the 16th-ranked Bears … Recorded at least one hit in 27 games and multiple hits in 15.

PREP: Two-year letter winner at Lyons Township for head coach George Ushela…Helped the Lions to a state championship appearance in 2012…Played summer ball for the 29ers and head coach Todd Lawler…Hit .452 with 13 stolen bases for the 29ers, leading them to a 30-4 overall record and state tournament title in 2012.